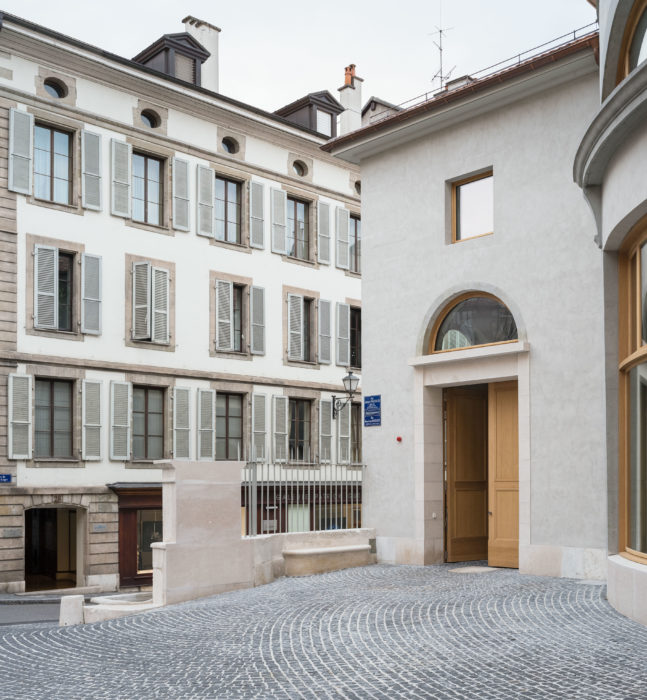 The Ancien Manége of Saint-Léger was built between 1828 and 1829 at the initiative of the Government by the architect FRANÇOIS BROLLET. The composition of the building followed the canon for military buildings of the early 19th century, with a covered arena at the centre of the construction, flanked by two lower longitudinal buildings used as stables. The difference in height allowed for the central space to be lit by a series of high windows, also used to ventilate the Combles above the arena. A semi-circular Rotonde, determining the main entrance and the house for the squire, completes the central volume. Four towers that housed secondary spaces defined the corners of the building.

Following the increasing popularity of the car and the rejection of equestrian activities in the city centre, in the 1930 is transformed into a garage. To augment its capacity as a parking for vehicles, the building is considerably transformed in 1950n following the project by the architect JEAN CAMOLETTI. The introduction of two concrete slabs and a system of ramps to access the upper levels modified the spatial configuration of the building. Various large openings redefined the facades and a new volume for the ramps altered the composition of the facade on Rue Saint-Léger.

The fact that the Manège was an underutilized infrastructure, originated a participatory process promoted by the association of inhabitants Manège pour Tous with the aim of returning the building to the life of the city. The proposals of the association led to a competition launched by the Geneva town hall in 2014 for a multipurpose building housing spaces for the neighbour’s association, creche, toy library, school restaurant and a series of shared spaces.

The point of departure of the project is the comprehension of the spatial and construction configuration of the building as found and assessing its potential to become an inhabitable civic building with minimum intervention. The project proposes the reutilization and adjustment of existing structural and construction elements combined with selected demolitions, punctual repairs and minimum additions with the intention of utilizing the atmospheric, architectural and thermal qualities of the various parts of the building.

The building is accessed from Rue Rue Julienne-Piachaud via a new pavement that clarifies the urban block, establishing a visual relation with the Promenade de la Treille and new public space in the proximity of the entrance. The main access door for the public is placed on the left side of the building, becoming frontally visible when approaching from Place du Bourg-de-Four. Accessing the building from the tower allows for the semi-circular Rotonde to become a living room in direct relation with the street, preserving the 1950 concrete structure and balconies

The lower concrete slab is be preserved forming a service plinth where all common services are placed, liberating from obstructions all the perimeter spaces with windows to the exterior. The intermediate concrete slab is partially demolished to liberate the large arched openings and obtain a generous common Salle also serviced from the services plinth. Circulation is resolved in two parallel bars aligned with the towers, one of more public nature at the front and one for staff at the back.

All new additions are realized in wood, taking the form of partitions that define the large block of services on the ground floor and two large partitions that acoustically exclude the Salle from the rest of the building. The only new structural addition is a new roof over the south wing, result of the demolition of the higher volume in Rue de Saint-Léger, also becoming a terrace on the upper level.

In order for the Salle to be occupied by multiple users simultaneously or used as one large room for special occasions, a suspended structure can be lowered or lifted to form a partially acoustically and thermally separated space within the Salle. This element is hung from the existing timber structure and lit via a central skylight that also provides natural ventilation to the salle.

The project tries to make compatible the optimization of the thermal envelope and the conservation of the heritage values of the building. In order minimize the intervention in the existing timber structures, the existing ventilated lofts are preserved and concealed behind new suspended ceilings including thermal insulation. The thermal performance is also enhanced with the introduction of new insulated oak frame windows with multiple operation possibilities form the users.

New insertions are reduced to two types: the ones of stereotomic character, that complete the existing structure to reestablish the formal clarity of the building, and the ones realized in wood that adapt to current uses. The introduction of this tectonic dichotomy allowed us to establish an order in construction that manifests its adaptability over time. The intention is not to establish a new formal language opposed to the existing, but rather to establish a conversation between the new elements and those already in place.

The use of wood as a main material allows for possible future alterations to the way the building might be used, understanding the intervention as one further stage of the ongoing process of transformation the Ancien Manége has undergone. 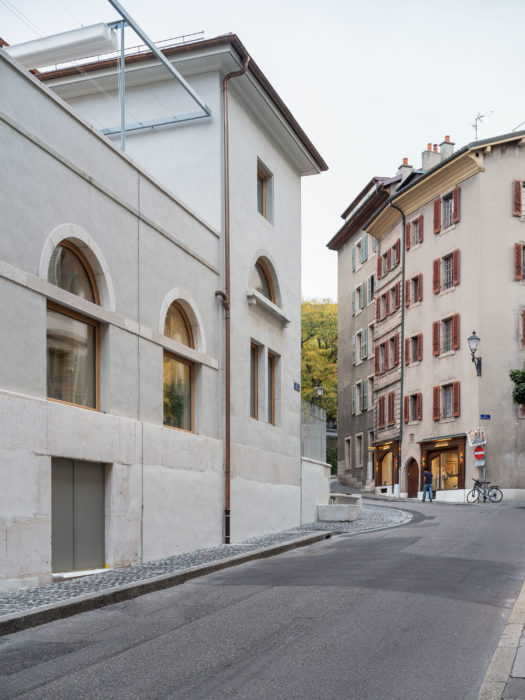 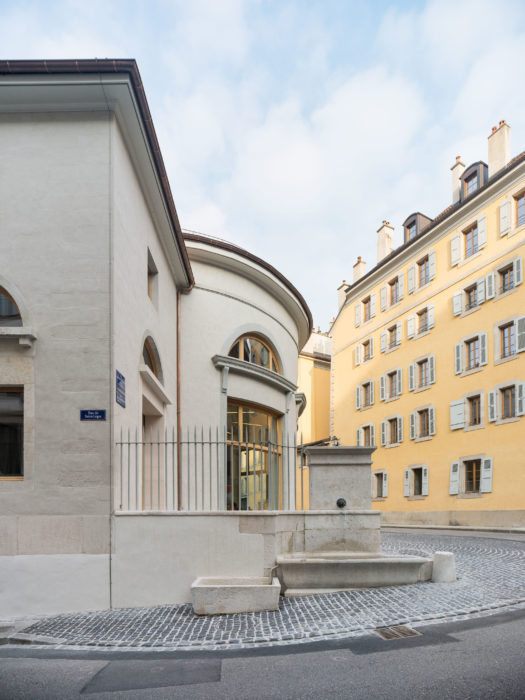 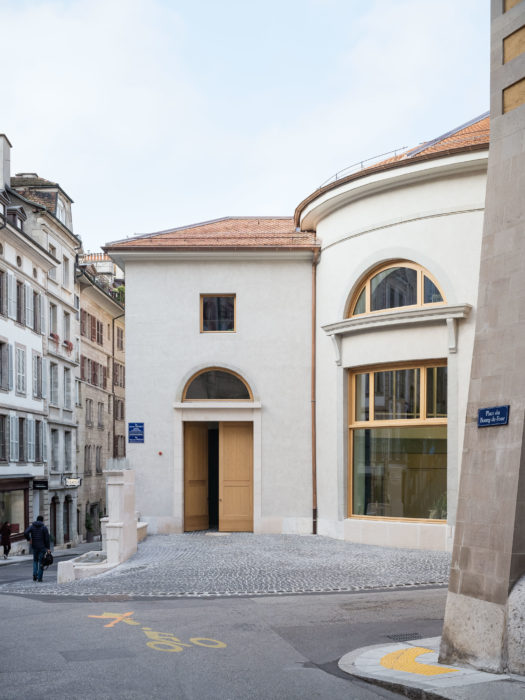 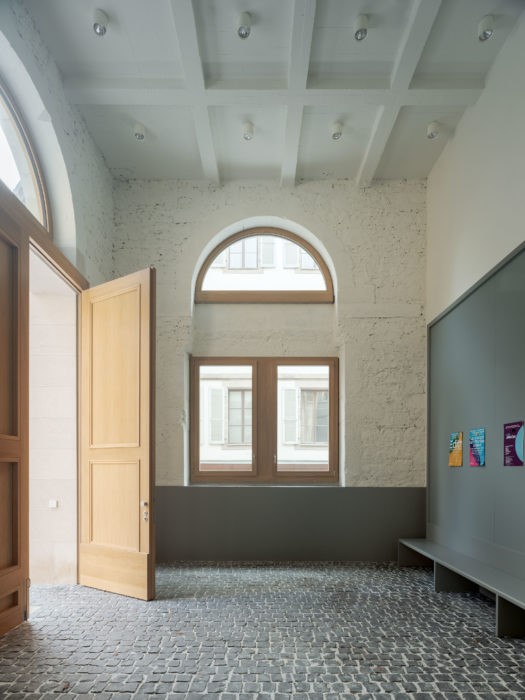 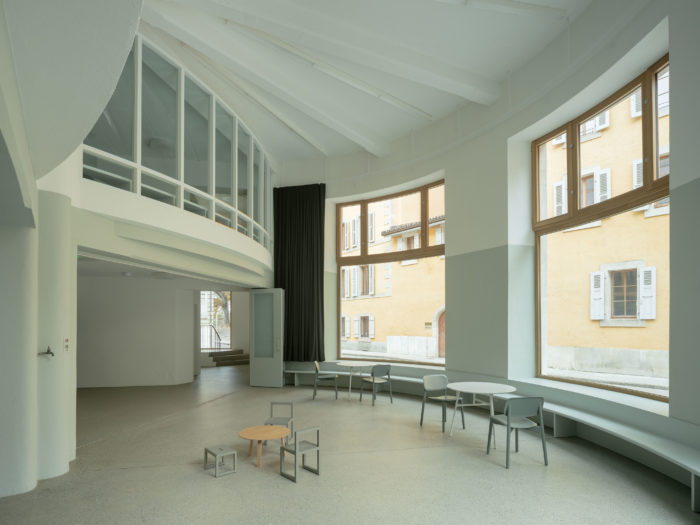 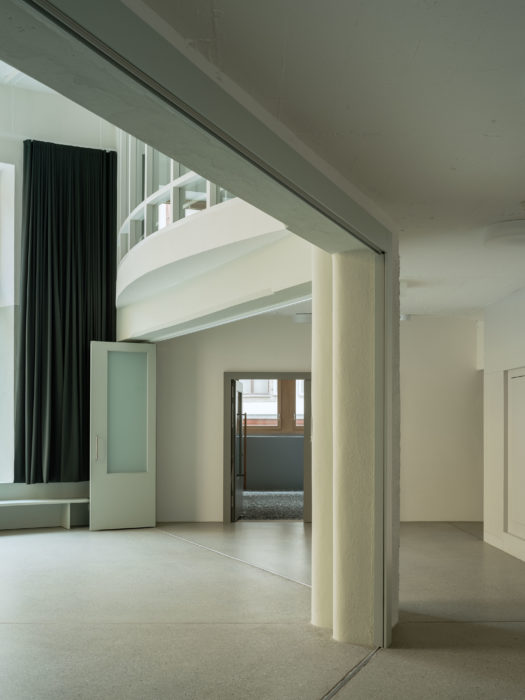 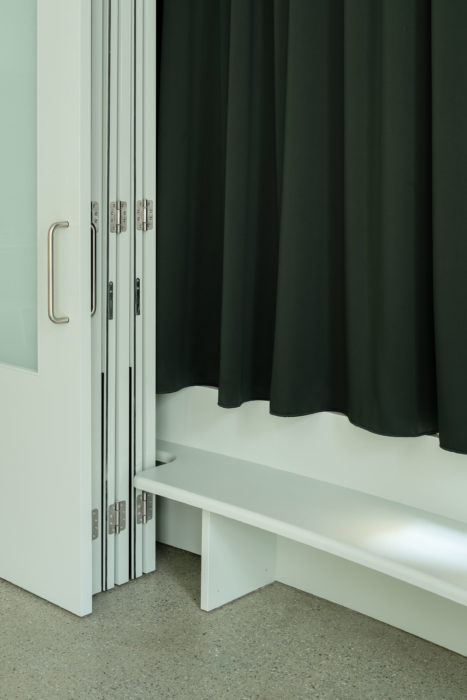 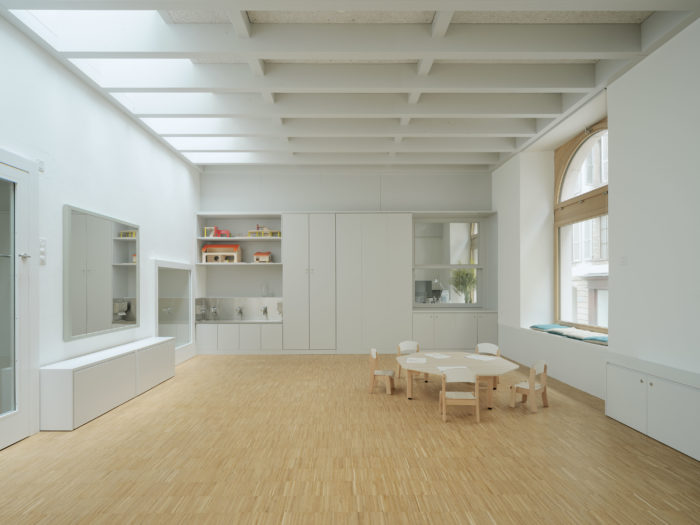 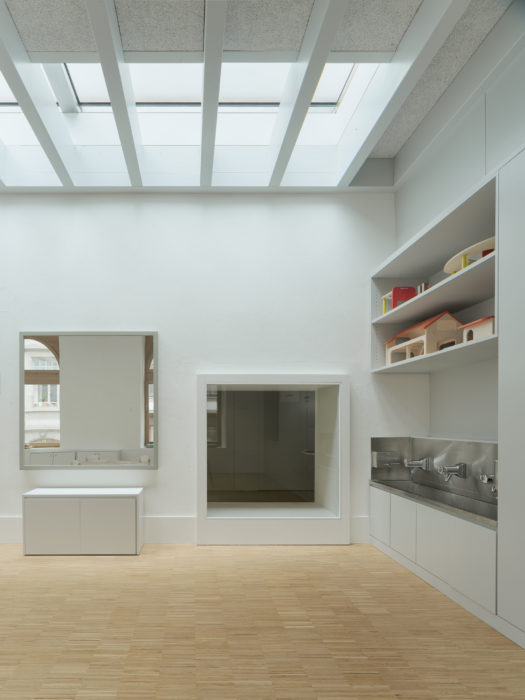 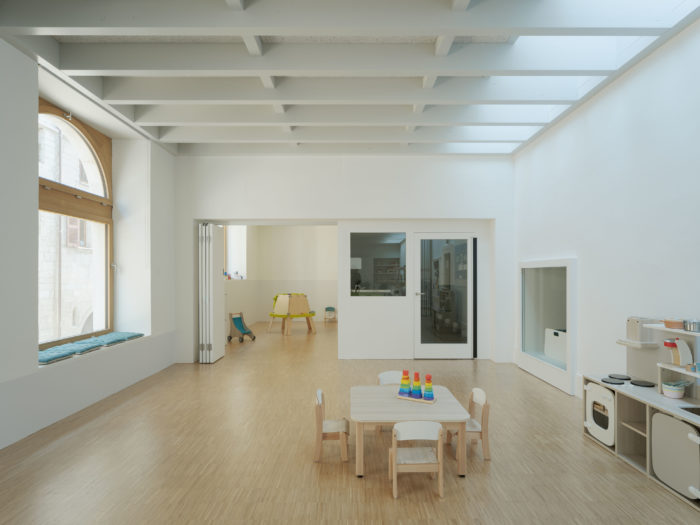 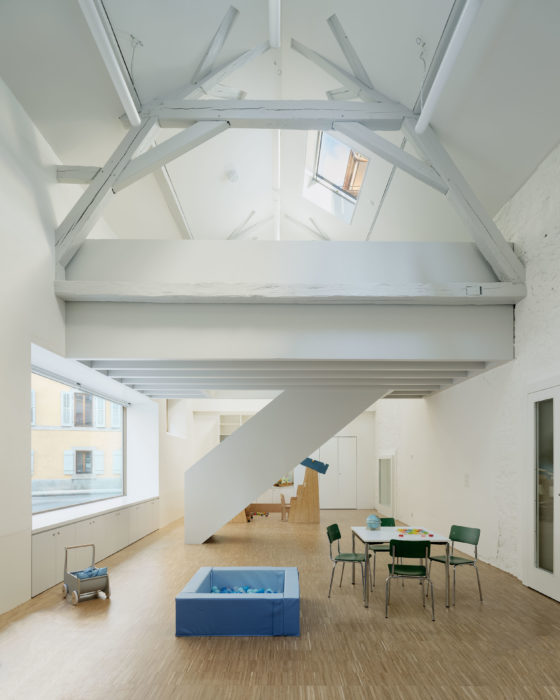 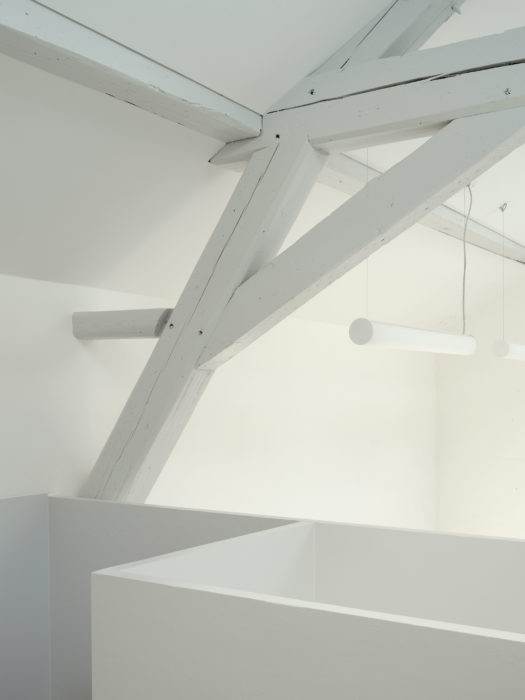 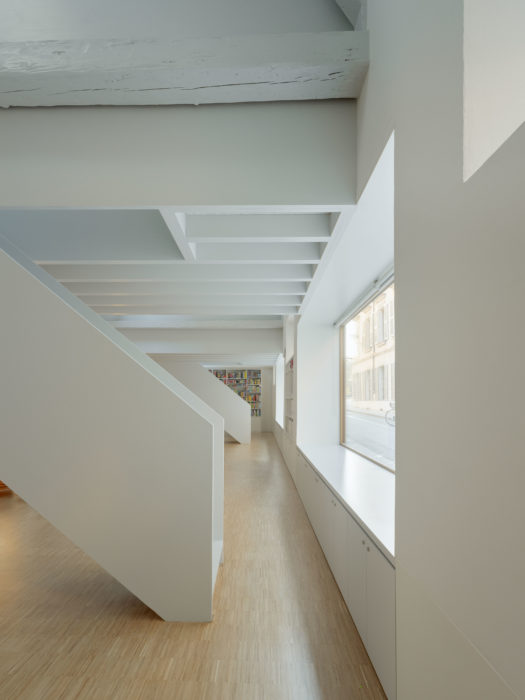 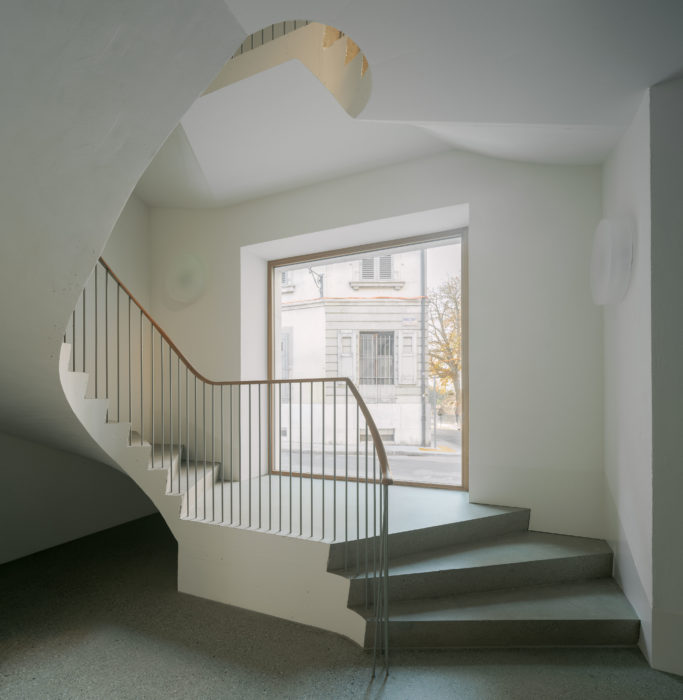 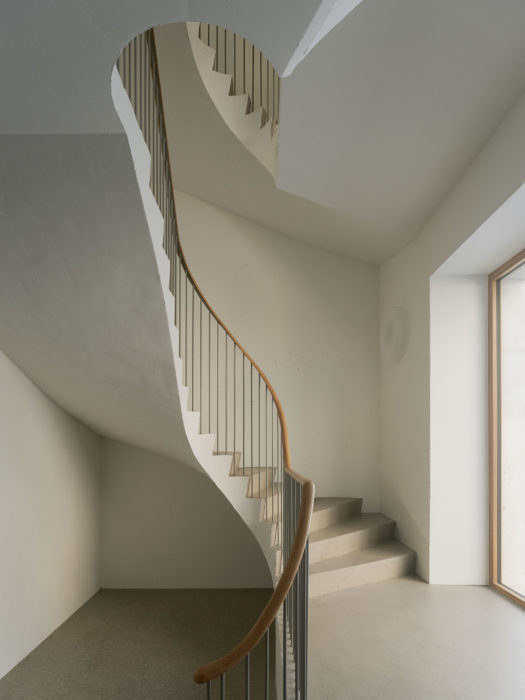 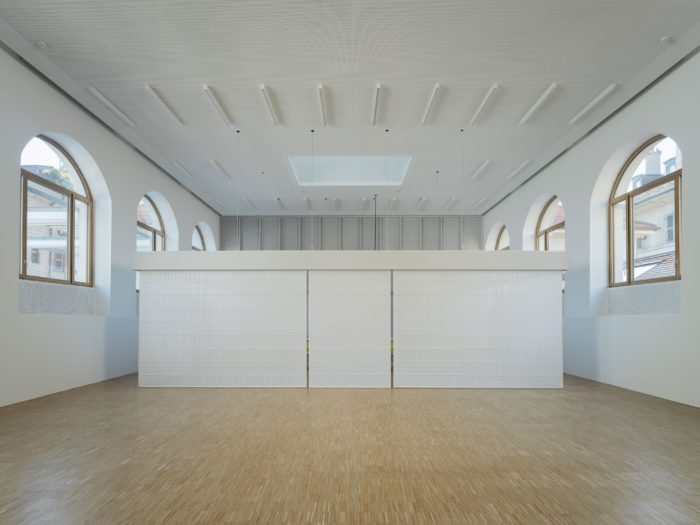 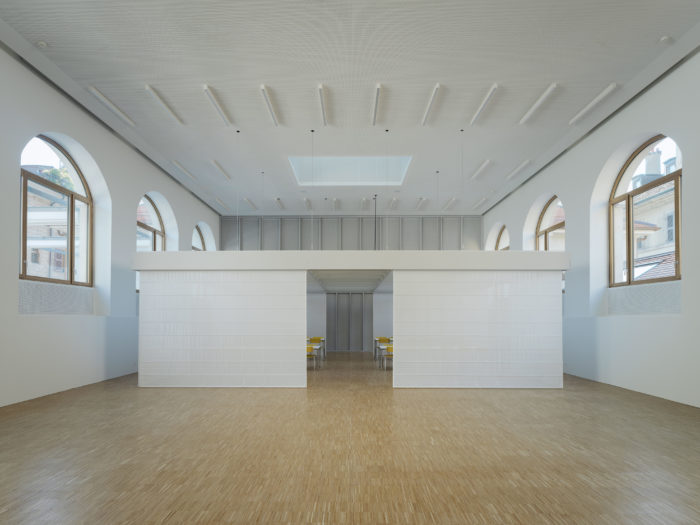 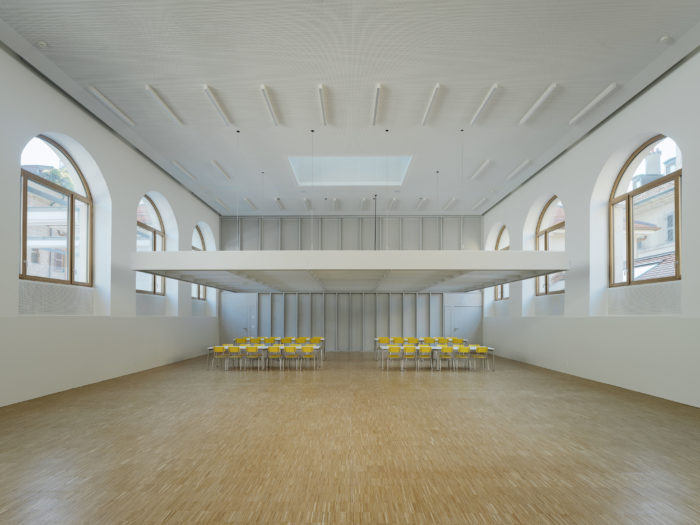 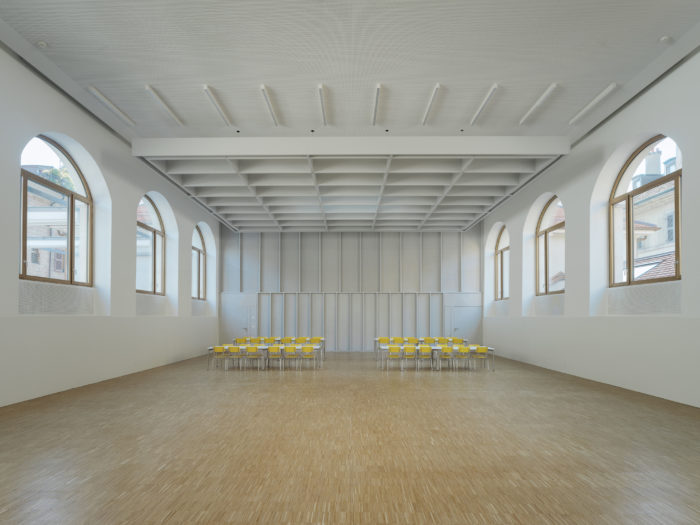 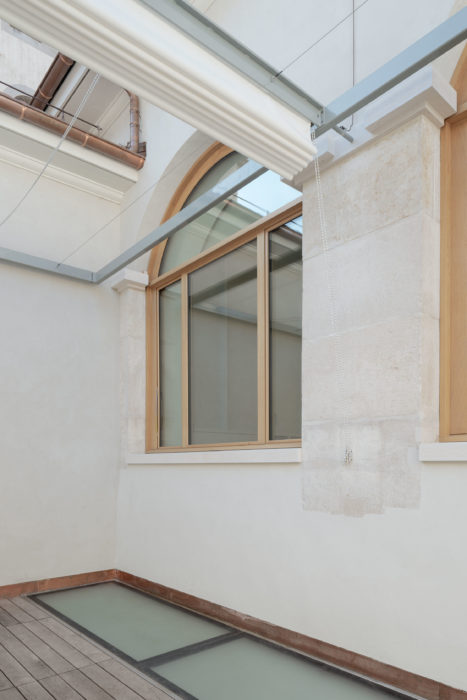 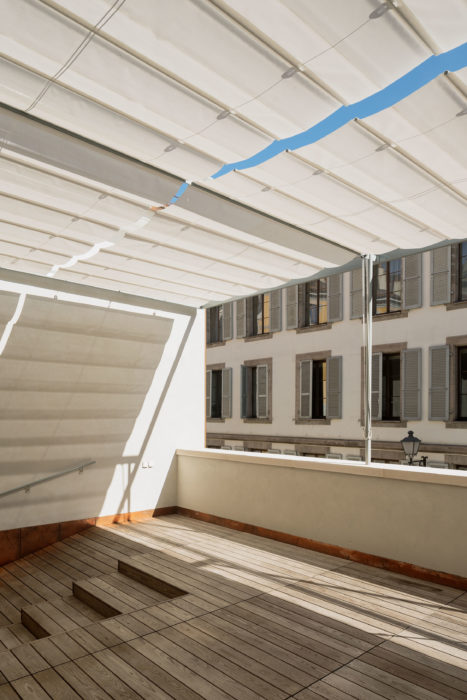 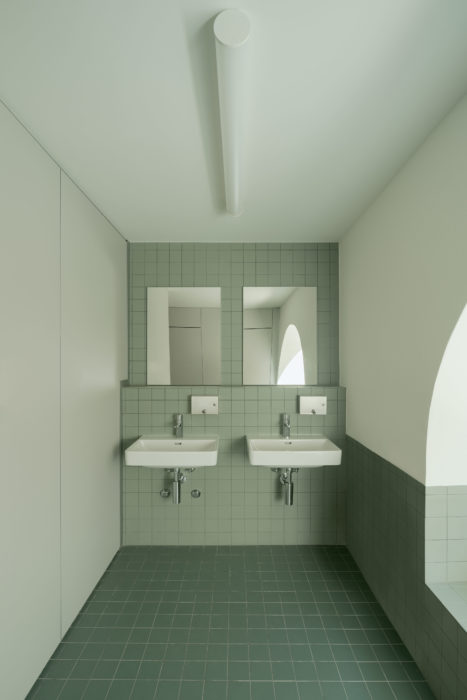 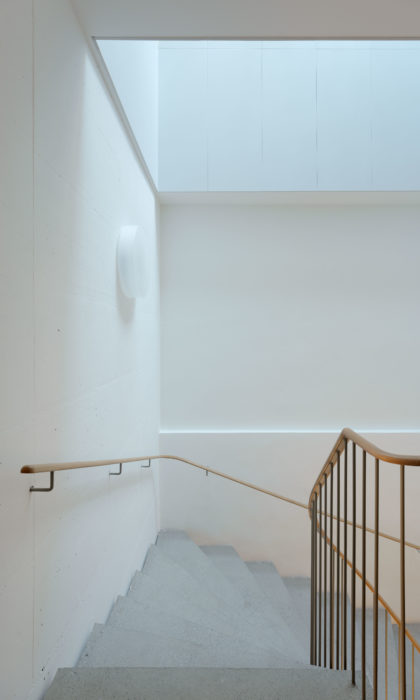 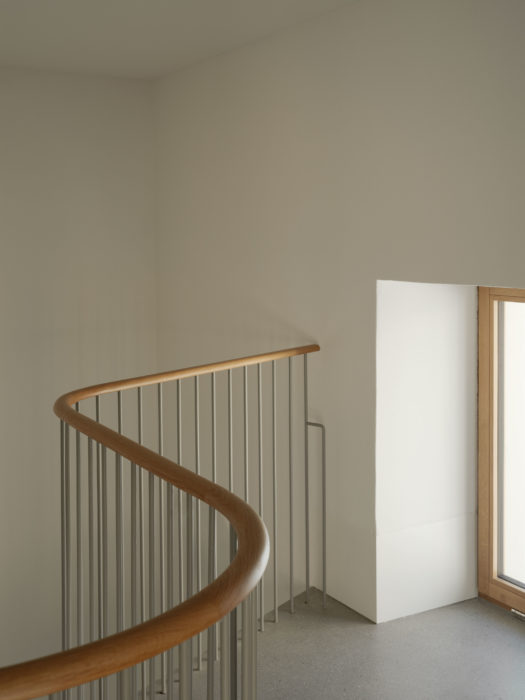 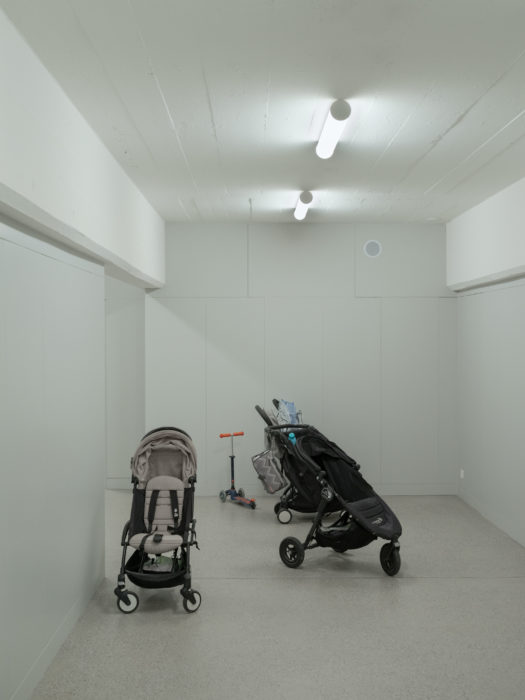 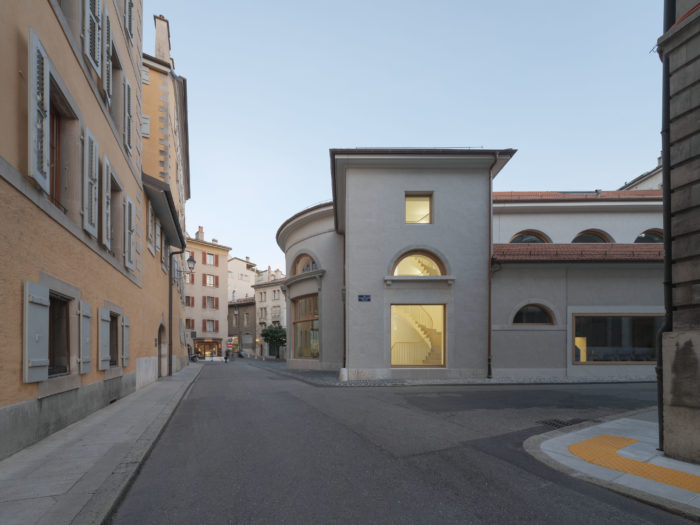 We are using cookies to give you the best experience on our website. You can find out more about which cookies we are using or switch them off in settings. 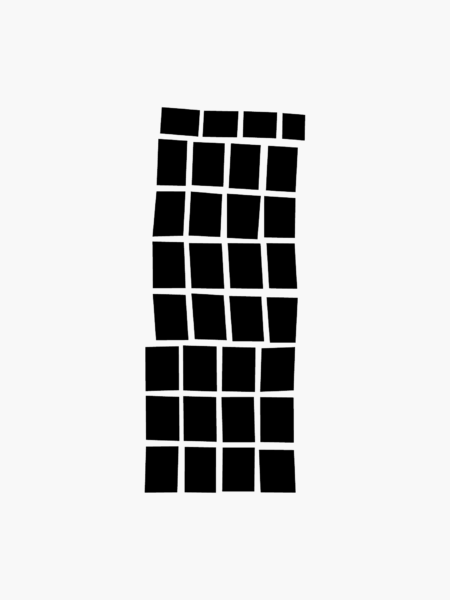 This website uses cookies so that we can provide you with the best user experience possible. Cookie information is stored in your browser and performs functions such as recognising you when you return to our website and helping our team to understand which sections of the website you find most interesting and useful.

Strictly Necessary Cookie should be enabled at all times so that we can save your preferences for cookie settings.

This website uses Google Analytics to collect anonymous information such as the number of visitors to the site, and the most popular pages. Keeping this cookie enabled helps us to improve our website.

Please enable Strictly Necessary Cookies first so that we can save your preferences!