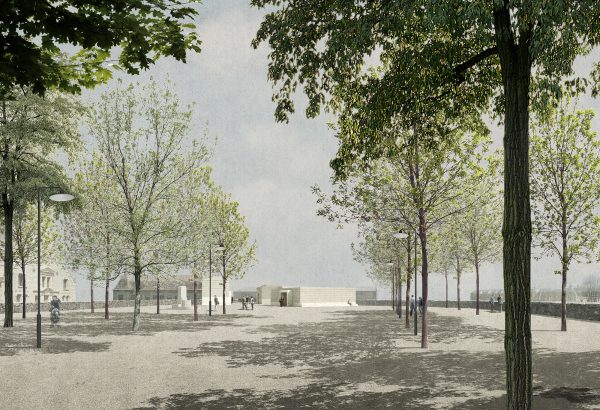 View of Esplanade and museum in foreground 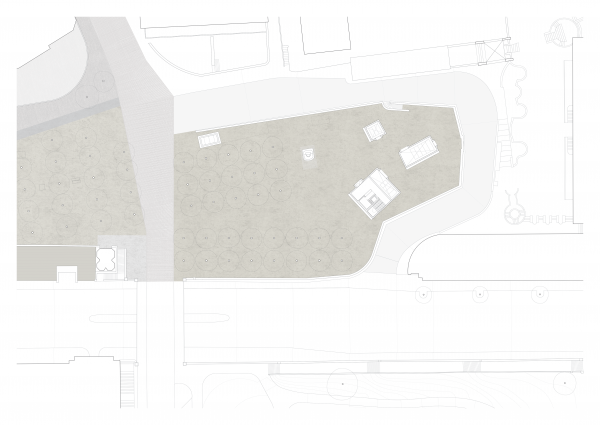 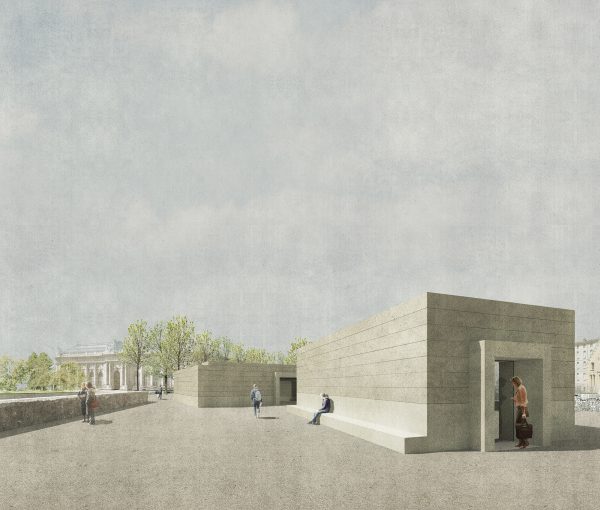 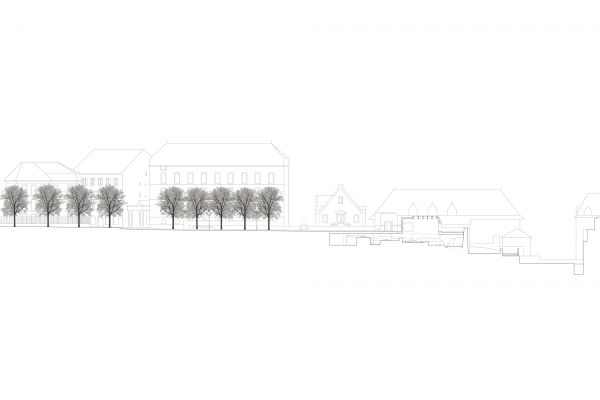 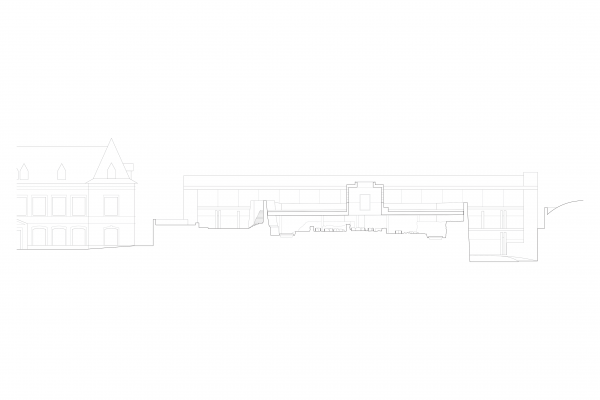 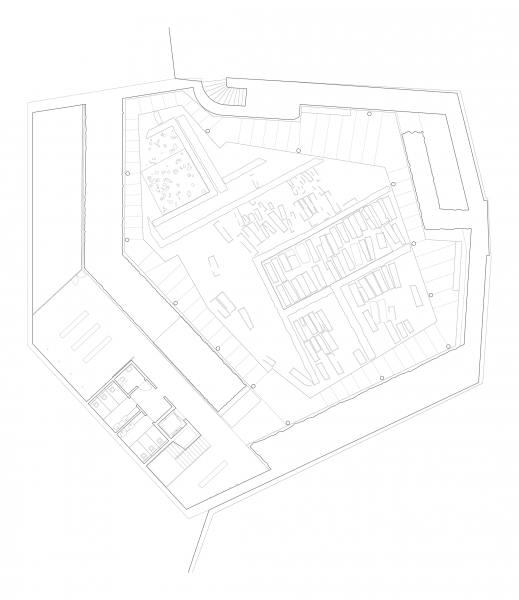 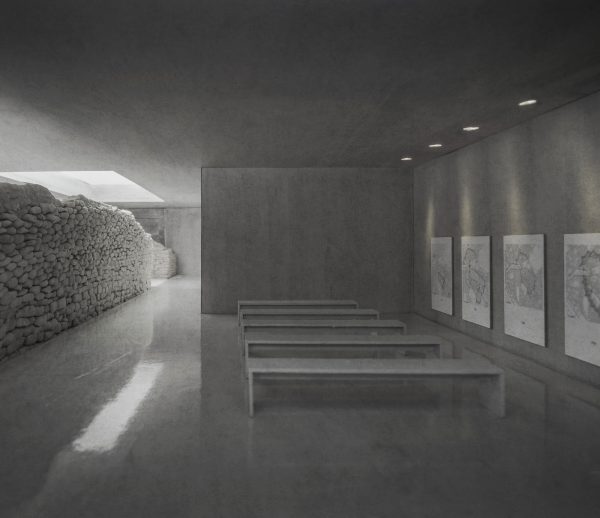 View of the media room 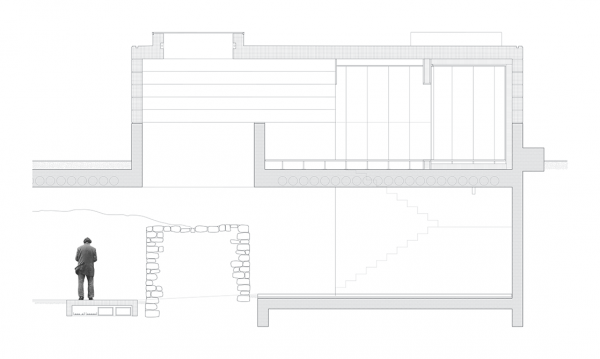 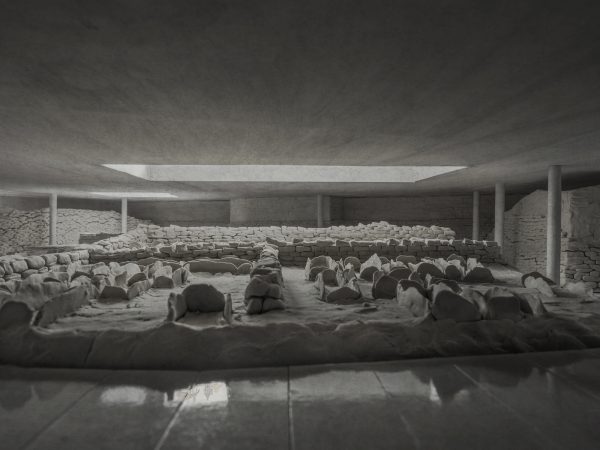 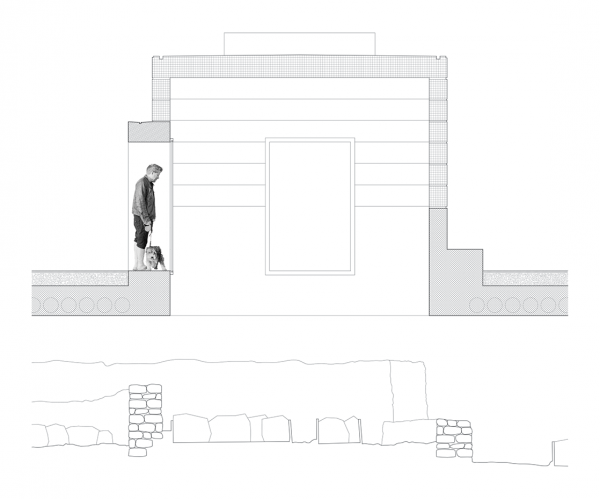 Located in proximity of one of the gates of the historic city, the Musee d’art et Histoire, the Collège Calvin and numerous historic buildings, the Bastion Saint-Antoine constitutes one of the most important places in Geneva. The archaeological excavations carried out between 2012 and 2015 have enabled the discovery of I century Gallo-Roman remains, a necropolis of more than 300 tombs dated between the IV and XVI century, part of the church of Saint-Laurent and sections of the XVI century fortifications. The competition brief asked for a museum building that enables to expose the ensemble of the archaeological remains in an optimal condition of preservation while offering to both population and visitors a public space of the quality demanded by its important location in the city.

The understating of the bastion Saint-Antoine as an open public space entirely accessible is one of the key intentions of the project, being conceived as one large surface as a base where various objects are placed. Two geometric groups of trees redefine the entrance to the historic city, a square one establishing a continuity with the existing trees of the adjacent Promenade de Saint-Antoine and a more linear one aligned to the Boulevard Emile-Jacques-Dalcroze. The opening resulting of the geometry of the two groups of trees becomes a gate towards the end of the esplanade and the museum, which emerges in the form of three lanterns which manifest the presence of the archaeological remains to the daily life of the city.

The lanterns are at the same time urban elements that define the public space and devices that provide access and controlled natural light to the museum, allowing the general public to see specific archaeological content through carefully placed openings. The architectural character of the lanterns is defined by the horizontal composition of stacked concrete elements, the expression of a structural plinth as a public bench and deep opening surrounds framing the openings.

The lower level of the museum is conceived as an extension of the archaeological excavation, a large space where all the rests can be seen together under a single horizontal slab perforated by the three lanterns. A prefabricated concrete path integrating all the technical elements necessary for museography guides the visitor along a peripheral route. The precise positioning of each of the three lanterns illuminates with natural light the Roman villa, medieval necropolis and renaissance fortifications. The position of the openings allows for indirect and homogenous light that guarantees the optimal preservation of the archaeological remains and a visual connection with the urban context of the historic city and the public space above.

We use cookies to ensure that we give you the best experience on our website. If you continue without changing your settings, we'll assume that you are happy to receive all cookies on our website.I agreeRead more